Welcome to the Preview 2.0 private beta. This document is a high level overview of the new setup. All parts are subject to change, including the workflow and CLI commands required to run.

First install the beta version of the Preview app:

You can try Preview the following primary ways:

Works in Firefox and Chrome (and chromium based browsers)

To test out Preview 2.0 on StackBlitz you can use one of our starter projects, or you can create your own following the steps described in Running Locally in a node project on StackBlitz (essentially running node fully in your browser using WebContainers). 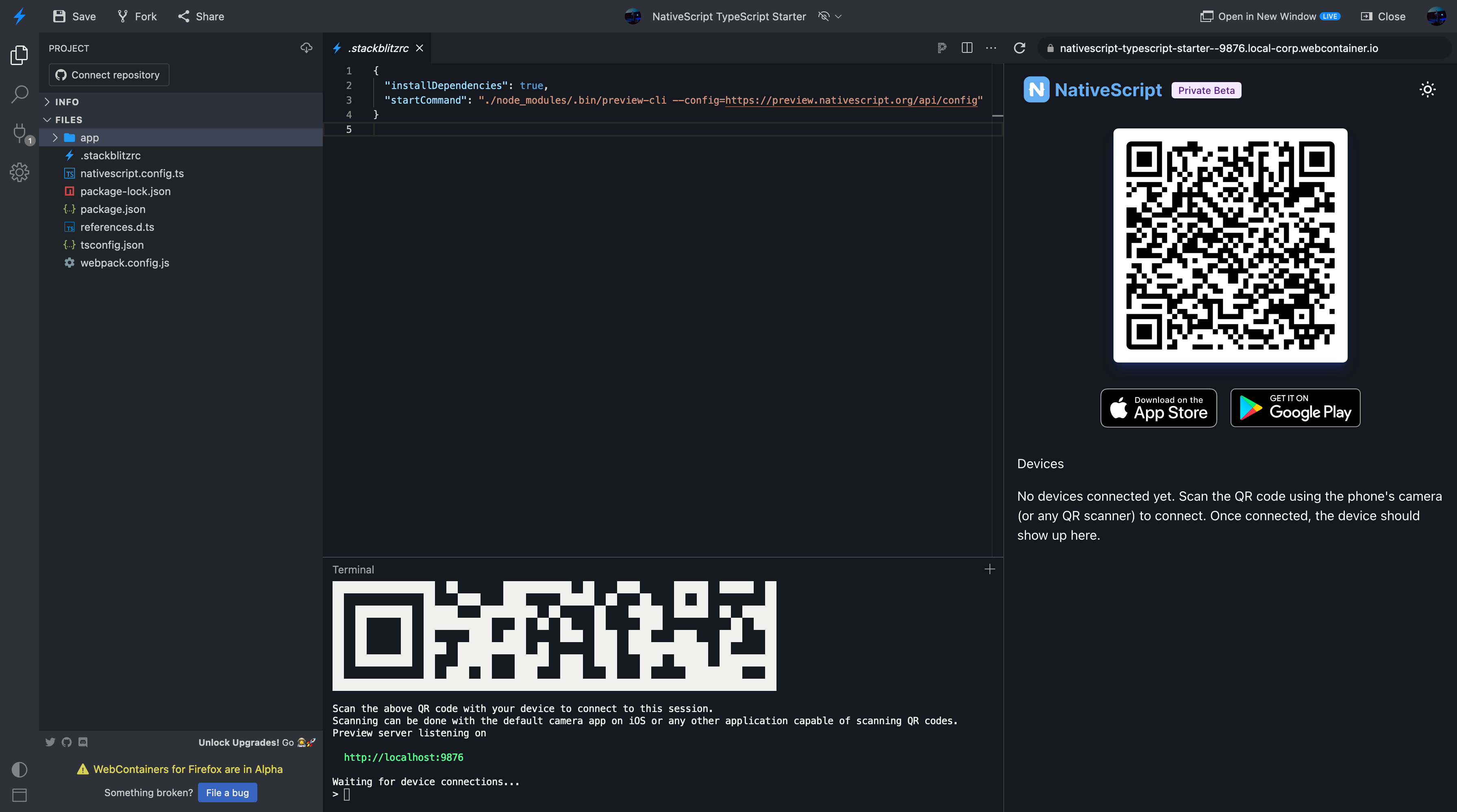 First navigate to your local project, or create a new one using the NativeScript CLI (npm i -g nativescript), in the project run the following commands to install the necessary dependencies (this is subject to change as noted above):

For example, let's start with a new TypeScript app:

You should see a QR code printed to your console, as well as a local URL that you can open in your browser to access a web based UI with the QR code and a list of connected devices and a few helful actions. 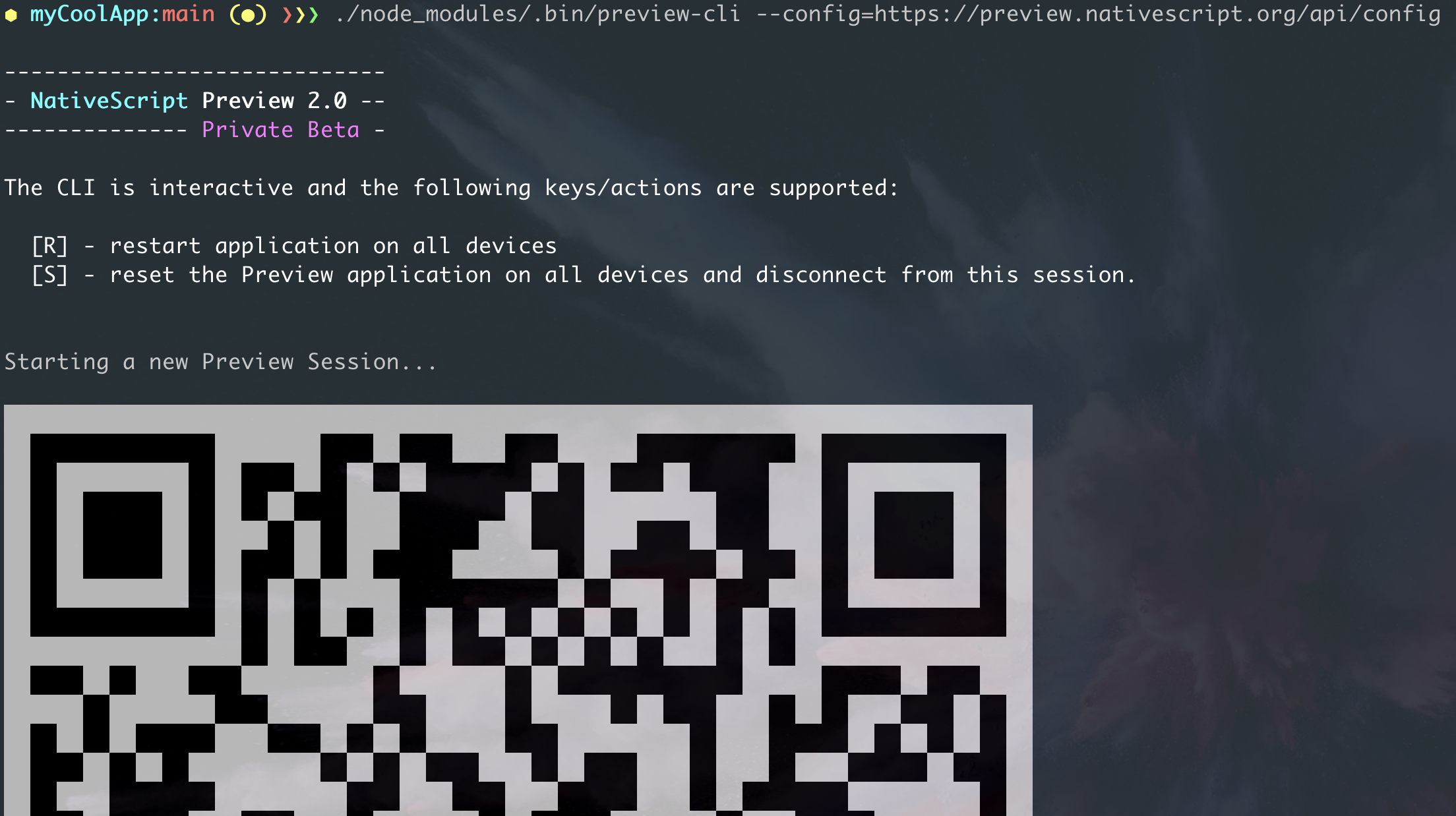 Note: If you can't scan the printed QR becuase it doesn't fit on your screen, or renders incorrectly, you can open http://localhost:9876 (printed by the CLI below the QR) and scan from there. 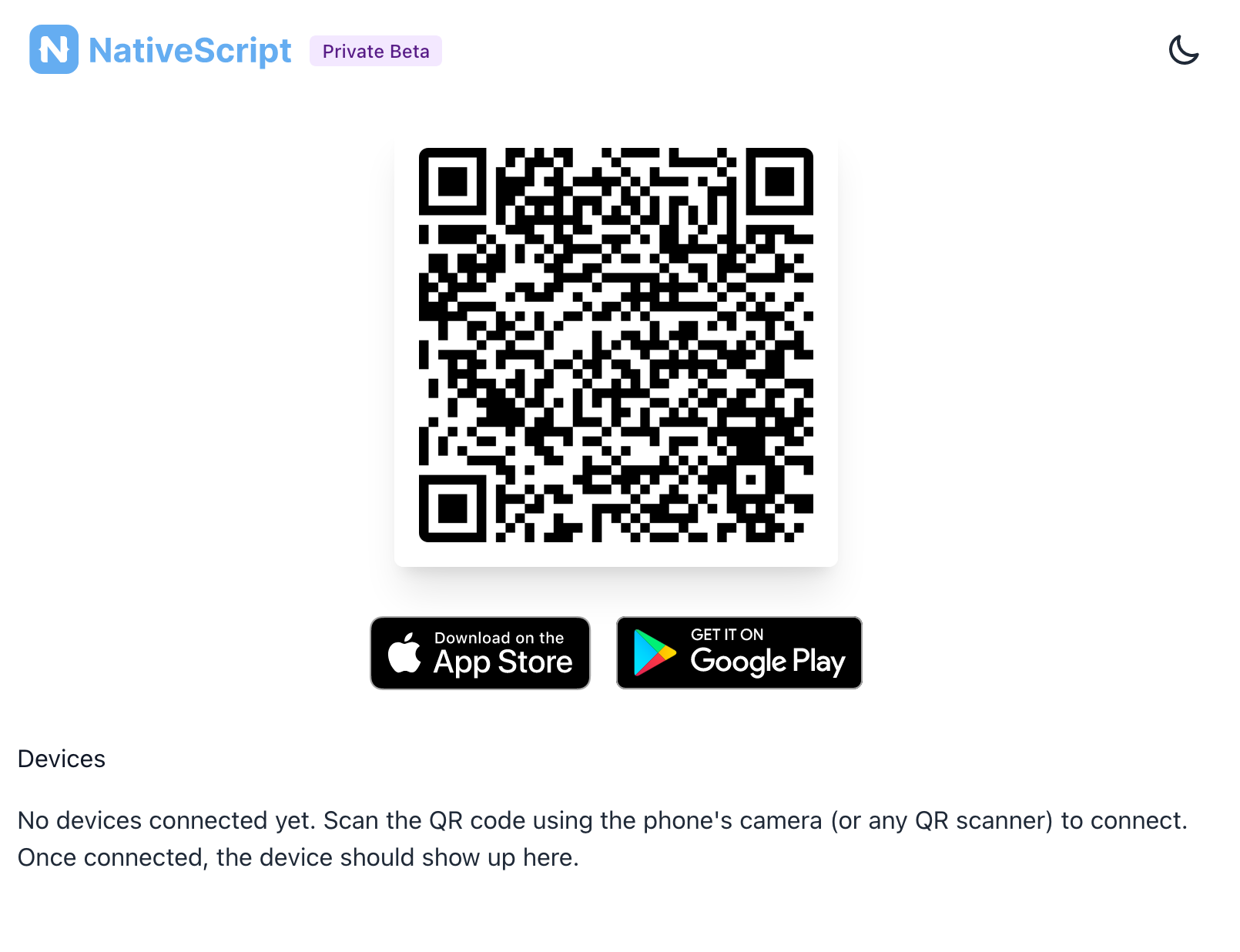 Scan the QR with your Camera app (the default iOS Camera) and tap "Open In Preview" once the qr is scanned. The Preview app should open, and start connecting. The initial build might take a few seconds to complete. Once built, the Preview app will restart and show your app.

There are a few known issues you might run into. If you run into different issues not listed here, let us know.

If you are not using Safari on your iPhone, you might end up on a (temporary) page. Please press Open via scheme to re-launch the Preview app.

The Preview app currently includes the following plugins that have native dependencies, meaning their native libraries can be used/called from the Preview app.